In an effort to encourage overall fund development for local nonprofit agencies by including planned gifts alongside annual fundraising and capital campaigns, TCF launched the Legacy Partnership in November 2008 (previously called the Planned Giving Partnership). Originally, 30 nonprofit agencies participated. Today we have close to 60 participating agencies. The program is designed to encourage agencies to consciously build endowment through planned giving. Planned gifts are gifts to charity from donors’ assets, rather than gifts from donors’ income. Common planned giving vehicles include wills, revocable trusts, charitable trusts and charitable gift annuities.

In the program, TCF works with The Advancement Group to provide a wide array of services to agencies and donors. In order to ensure that agencies may participate in the program without sacrificing services to clients and the public, TCF underwrites a significant portion of the costs associated with the program. Based on the size of each organization’s operating budget, an annual fee is assessed for services. In return, each agency gains a full-time outsourced planned giving staff and resources to call its own.

TCF invites new agencies to be part of the success! Complete the Legacy Partnership application today. 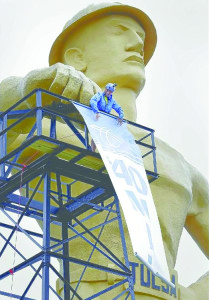 Agencies – Current and Past